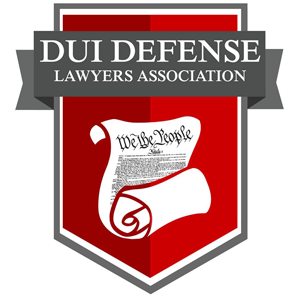 Logo of the DUIDLA
Join / Renew
Events
Website
Contribute to the information on this page: Suggest Edits
About News People Contact

The DUI Defense Lawyers Association (known as "DUIDLA") was incorporated in June of 2014 and later became a 501c(6) non-profit organization. DUIDLA was created to promote excellence in aggressively defending those charged with DUI or DWI related crimes across the United States.

DUIDLA provides training and education to its members who include many of the top DUI attorneys across the United States. At last count, the organization had approximately 800 members. The stated purpose of DUIDLA is:

"To protect and ensure by rule of law those individual rights guaranteed by the state and Federal Constitutions in DUI-related cases; to resist the constant efforts which are being made to curtail these rights; to encourage cooperation between lawyers engaged in the furtherance of these objectives through educational programs and other assistance; to serve as the first and last line of defense of the Constitution; to assist attorneys and public defenders in obtaining advanced training in DUI related areas through our education scholarship grants."

Members are encouraged to take on leadership positions within the organization. DUIDLA prides itself on transparency and intends to:

DUIDLA serves attorneys, both private attorneys, and public defenders, in obtaining the knowledge and advanced training in DUI-related areas. The organization is a network of women and men across the country committed to DUI education and outreach.

More About the DUIDLA

The past DUIDLA seminars included:

The DUIDLA Justice Foundation is the charitable arm of the organization which supports the education of lawyers throughout the United States and Canada.

Attorneys who are actively engaged in the defense of DUI-related cases are eligible for membership in the organization. Members are generally required to complete one DUI dedicated continuing legal education (CLE) seminar per year.

The DUIDLA does not accept members who are employed as prosecutors by any city, state or federal government or anyone who works in any capacity that is in conflict with the objectives and purposes of the Association.

Charter members include 27 individuals who paid the Charter Membership dues and are not required to pay annual dues. Charter members serve as the initial officers, initial directors, and the DUIDLAJF initial board.

Other membership levels include:

The standing committees on DUIDLA include:

DUIDLA Board Certification in DUI Defense

The DUIDLA provides a path to becoming a Board Certified Specialist in the area of DUI Defense. To earn your status as a specialist, you must meet the education and experience requirements to sit for the DUIDLA Board Certification Exam and score a passing grade on the exam.

The suggested resources to study for the board certification exam include:

Questions on the exam require knowledge of the significant US Supreme Court decisions that impacted DUI and DWI cases.The board certification exam administered by DUIDLA also explores ethical considerations involved in DUI/DWI defense practice. Applicants should also possess a working knowledge of:

The requirements for earning board certification include:

Directory of DUI Defense Lawyers in the United States

Lawyer Legion maintains a national directory of DUI defense lawyers which includes both DUIDLA members and non-members. To help the public find the best choices when searching for a DUI attorney, Lawyer Legion recognizes attorneys for their involvement and leadership within the DUIDLA and other professional associations. This includes recognition for DUIDLA Founding Members, Charter Members, those who have earned the designation as a "Lawyer-Scientist" from the American Chemical Society, and DUIDLA members who are active on Lawyer Legion and have provided information about their involvement with the DUIDLA.

Use this directory to find a DUI defense lawyer in your local area. Start by choosing your state from the list below.