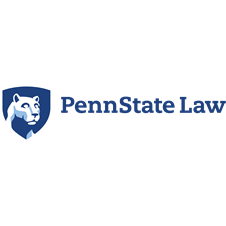 Logo of Penn State Law
Website
Contribute to the information on this page: Suggest Edits
About News People Contact

The national comparison rankings below compare Penn State Law to other ABA-approved law schools in the United States. The rankings were determined by comparing the statistics reported by each school. You can view the raw data for these law school rankings here.

#20 in Median Undergraduate GPA - 3.65
Penn State Law is tied for #20 regarding the highest median undergraduate GPA (3.65) among those applicants granted admission who enrolled as full-time students.

#56 in Acceptance Rate - 37.29%
Penn State Law ranks #56 regarding student selectivity with an acceptance rate of 37.29% among those who applied for admission.

#14 in Median LSAT - 160
Penn State Law is tied for #14 regarding the median LSAT score, with a score of 160 among those applicants granted admission who enrolled as full-time students.